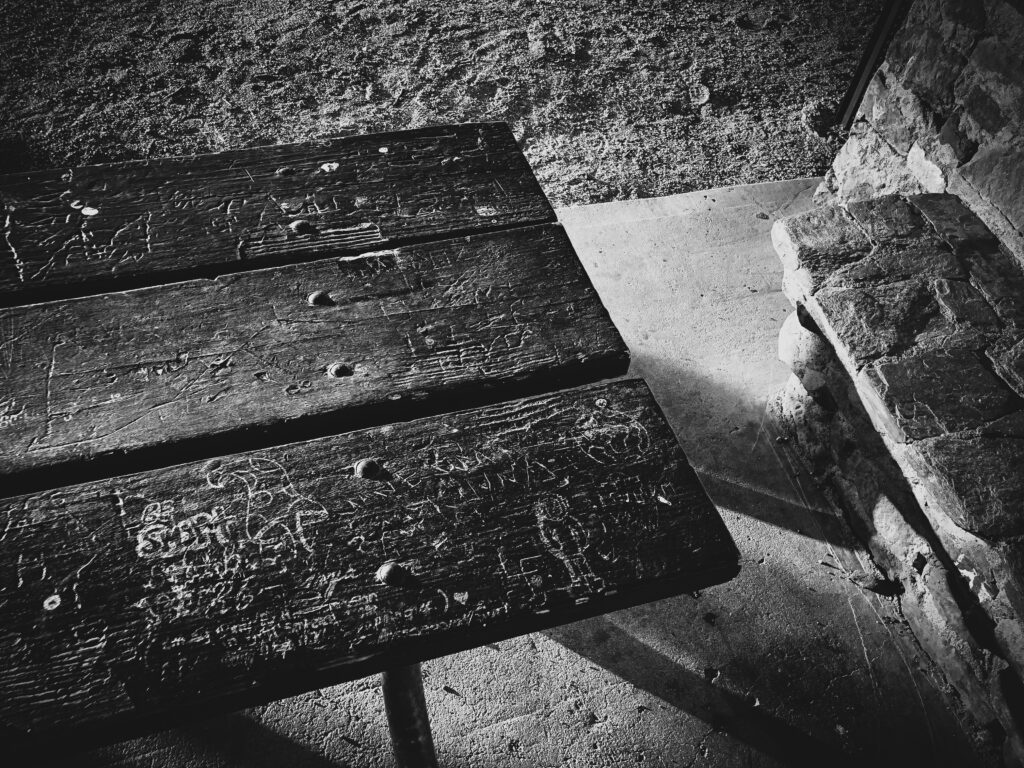 The conversation continues…expressing our thoughts, feelings, and humor in the most unlikely places. Humankind has always had a tendency to mark their territory either by placing a flag, like the astronauts that landed on the moon, or less monumentally leaving a little graffiti.
.
This has gone on since the beginning of time with cave paintings in France to the Native Americans here in the U.S leaving petroglyphs. Humans seem to find time to take a moment to express their creativity anywhere that strikes their fancy.
.
In fact, in Southern Utah, there is a Navajo National Monument that is over 2,000 years old that shows us all that social media was alive and well even back then. On one of our drives through the Southwest, we stumbled upon Newspaper Rock. It is filled with illustrations that Navajo tribes passing through would “post” for the next group to “read”.
.
Then a few years later, when we stumbled upon the picnic table that held years of conversation, it reminded me of the stories of Newspaper Rock. Posting for the conversation, the statement, or just a mark of your existence. I guess we really haven’t changed that much.
.
In modern times, I guess posting on social media is the global way to communicate our creativity and share our thoughts and ideas with one another. A post can communicate across the globe in a matter of seconds…no travel is necessary. But is it as satisfying as carving your name or a saying into a picnic table?

iThere are no comments