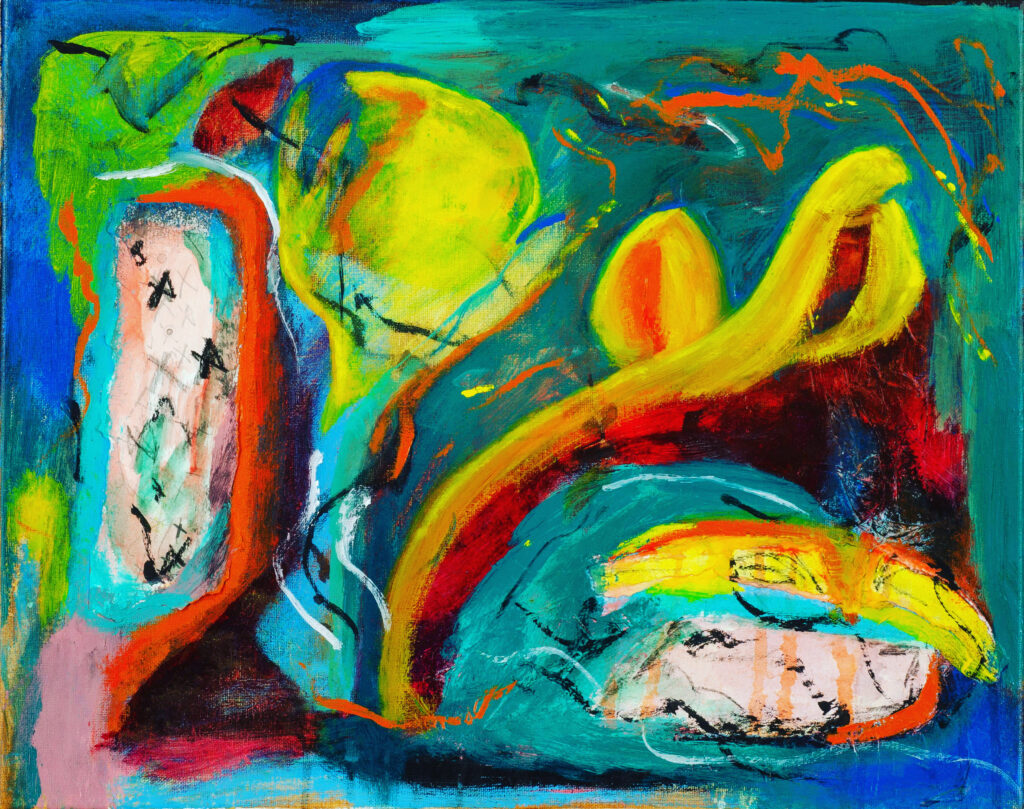 This artwork depicts a scene in a family room where a couple sits side by side, intimately watching television. Does the television bring elements into the conversation or prevent communication? What questions seem to surface from the broadcast? The couple seems unaffected by its message. But immersed, they both would rather luxuriate in the oneness of one another than engage in the outside influence. It is difficult to determine where one figure leaves off and the other begins adding to the intimacy of the couple.

My painting is a collage of exploratory movements, coercing the viewer into a meditative state. Not unlike the over and under stimulation one receives on a TV screen. I removed its edginess to soften the viewers experience and still giving the opportunity to explore its expression in colors, shapes and style.

iThere are no comments